16 Celebrities Who Say NO to Gluten

We are a culture obsessed with celebrities. Between social media platforms and shelves packed with glossy magazines, we’re inundated with images of singers, actors, and heiresses whether we want to be or not.

Worshipping this parade of people that are both richer and more beautiful than seemingly physically possible (thanks, Photoshop!) can be a big waste of time. However, some celebrities have harnessed their visibility to provide a platform for issues near and dear to their hearts… and small intestines.

While some Hollywood fixtures are touting ‘gluten-free’ as a fad diet for weight loss and better skin, others actually have celiac disease. They don’t eat gluten because it makes them sick, just like us.

Elisabeth Hasselbeck has talked about celiac disease on The View and wrote The G-Free Diet, a beginners guide to eating and living gluten-free.

Jennifer Esposito is well-known in the gluten-free community for being a celiac superstar (she also follows us on Twitter!). This smart cookie has been very outspoken about celiac disease, specifically her firing by CBS from the show ‘Blue Blood’. Read more about Jennifer’s story here.

Susie Essman has all sorts of dietary preferences that she lays out in this New York Time’s article. The hilarious actress speaks candidly and knowledgeably about celiac disease, owning her gluten-free lifestyle with sass.

Whether you love him or hate him, you can’t fault Keith Olbermann for being unsupportive. The former MSNBC news anchor reportedly donated to celiac support and awareness charities.

YOU MAY ENJOY: Celiac Disease 101

Aside from being cute as a button, Emmy Rossum does a little bit of everything. The girl acts, sings, and does charity work, all while eating 100% gluten-free.

Drew Breese is one of many athletes reaping the benefits of a gluten-free diet. How does the New Orleans Saints QB stay healthy and fit? See this thread on Celiac.com for his daily food schedule.

Dean McDermick doesn’t sound like he’s quite comfortable with his new gluten-free lifestyle. I hope as he continues to educate himself that he realizes you can’t be 50% celiac. It’s all or nothing!

Sarah Vowell is brilliant. She has written for just about everyone: Spin, McSweeney’s, Esquire, GQ, The New York Times, etc. Also, I hear she and Gluten-Free Girl are BFF’s.

Sin City actress, Jessica Alba  regularly shares recipes for healthy and delicious GF foods, especially gluten-free baked goods. Jessica is reported to have an allergic reaction to most foods, and now she follows a gluten-free diet, which she also applies to her kids.

Victoria’s Secret model, Miranda Kerr  loves to treat herself with homemade gluten-free muffins. Is a gluten-free diet the secret to her sexy body? We think so.

Kourtney Kardashian has no gluten allergies, but in 2016, after some testing, she realized her whole family has sensitivities to corn, gluten, and dairy. So, she decided to start a gluten-free and dairy-free diet along with her kids.

Have you always wondered what Lady Gaga’s secret to weight loss? It’s a gluten-free diet! She also had enough energy to complete her high-power concerts after living gluten-free.

Out of necessity (and also to maintain his chiseled physique), Ryan Philippe adheres to gluten-free diet.

New Girl star, Zooey Deschanel  has celiac disease and an allergy to soy, so her diet is free from gluten and vegan, too!

Posh Spice, Victoria Beckham’s secret to a slim figure and a healthy body is a gluten-free diet. She finds her body does not metabolize the protein well and stays super slim by avoiding it.

In 2014, Katy Perry revealed that she stopped eating wheat to have a more healthy body. She also dedicated her hit song “The One That Got Away” to all the pizzas she would never get to eat again.

So, you see, celebrities are just like us! Whether out of necessity or because they find their bodies perform better without gluten, these gluten-free celebrities are ones to watch. 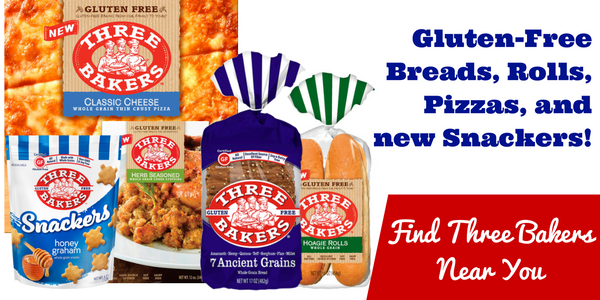